the official online destination of all things Tracy McCray…

Late this summer I was finally diagnosed with cancer. I had been on edge for a dozen years or more expecting its arrival. Would you believe the overall emotion I felt was an eerie I’ve-been-here-before calm? It had been a long time coming and like any iceberg on the horizon, I was ready to get to work with a fight I already knew how to win.

In 1988 I interrupted my sophomore year of college with a Hodgkin’s Lymphoma diagnoses. It was just as well. It was time to decide what I was actually doing at college and the only solution that made sense was dropping out and marrying my boyfriend. Instead I took chemotherapy and radiation treatments from February to November.

Hodgkin’s is one of the “good” cancers. As in, “The results of the biopsy are in and you have cancer. It’s Hodgkin’s Disease and if you have to be diagnosed with cancer, it’s a good one to get.” Even my cancer diagnoses didn’t want to be labeled as ‘bad,’ but more on that some other time.

If Hodgkin’s had a high cure rate, it also had a high reoccurrence rate. What’s so good about that?! Just a heads up; there are no ‘good’ cancers, so don’t ever say this to a Hodgkins patient. If you do, you deserve a punch in the throat.

In 1988, most HD patients were treated with only radiation, but my cancer had gone undiagnosed for almost a year so most of my treatment was chemotherapy -MOPP/ABVD for those in the know- and 18 chest mantle radiation treatments in June and July. In November I had my last chemo and in December I was ‘clear’ on my tests. The “cured of cancer” label doesn’t come for five years; if ever. By the time my five year mark arrived, I had a fully formed ‘post cancer’ mindset. No longer ill, but certainly not healthy. The truth was that I considered myself defective; but more on that some other time as well.

Sometime in the mid-2000s, when my second baby was still in single digits, my friend Nina the radiologist asked me ” you’re keeping up with your breast check-ups, right?” Of course I had been because I was living in Rochester Minnesota, receiving health care from the WFMC (world famous Mayo Clinic) and the professionals at the Breast Clinic were taking good care of me. I went to see them as an answer to the prayers I sent God when I was a teenager “PLEASE make my boobs so that people will pay attention to me!” Lesson learned: be specific about those messages to the Heavenly Mother!

Those 18 radiation treatments from the summer of 1988 had done more than help rid my body of the Hodgkin’s Lymphoma, they also left me at a greatly increased chance for breast cancer. For at least 12 years, I had either an MRI or mammogram every six months. That was plenty of time to plan for the return of cancer into my life. The difference now was I had a husband and two teenagers and no matter how much I had prepared them for this day, it was still a shock. I’m sure all those “benign” phone calls had lulled them into a false sense of security.

Five years ago, the WFMC Breast docs had started to mention “prophylactic mastectomy” as an option for me. It didn’t make sense to me though. I had become a cancer survivor trained in the ways of ‘watchful waiting.’ Medically speaking, watchful waiting meant, ‘something isn’t right, but lets wait and see what comes of it.’ For instance, ten years ago, the nodes in my neck were swollen so large, medical professionals would be distracted during casual conversation. “Do I know I have a goiter the size of a Buick on my neck? Yes, I’m aware, but we’re watching it to see what happens.” Most patients in America are not OK with watchful waiting. I think they’ve actually changed the name of the phrase to something that doesn’t seem so painstakingly dangerous.

This summer, the breast MRI found a small almond-sized tumor up against the back of my chest wall. Because of it’s location, the biopsy experience was not a pleasant experience. It was during the contortions to get a MRI guided needle into the right spot that I decided I WAS ready for the prophylactic mastectomy. However, that wouldn’t be necessary because the biopsy report was cancer.

What a relief! No longer would I have to keep up with cancer spelunking, on the constant search for my return to what I knew so well – the world of cancer.

I had years to prepare myself for my mastectomy without reconstruction. I remember the first time I said the actual words to my sister; “I’m thinking I may not get reconstruction.” It felt good all the way to my bones. Accepting the idea of life without breasts took a bit longer to to sink in. Unlike most women who are stunned with a breast cancer diagnoses, I had years to get used to the idea. I would imagine a cancer newbie would be so up-ended by the diagnoses that the only thing on her mind is how to get my life/our lives back to normal. But that won’t happen, because there IS no going back. You can only go forward and through to a life after cancer, and how can a newbie imagine THAT?

Would I rather be the Mayor or the Queen of Pie Town?  Good question…  By the way, isn’t it just perfect that our 500th podcast is about pie?!  GNJ#500 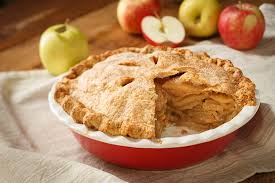 Is that a banana in your ear?

“Check out my bathroom!”

Summer is over and I guess that means no more summer vacations allowed. Let’s see… how does this this work? GNJ#495 (Do you remember how to listen? Click on the top of that side bar over there to the right!)

Just how much do you hate those bug bites?  I’m doubling down.  GNJ#494

Depending on the dessert, you might be willing to endure a lot.  Even gout?  GNJ#490

Please understand we are talking about a garden hose here, friends.  GNJ#489 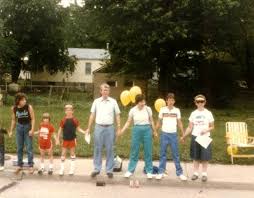